On my previous visits to Dc I never made it to the National Archives and this time I thought I had to do it for many historical and some personal reasons. 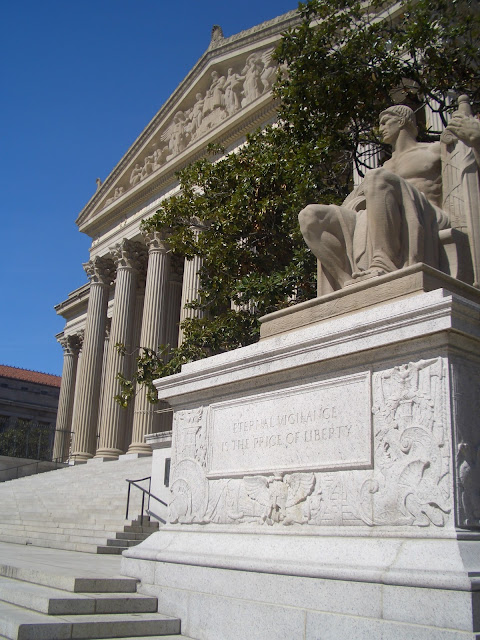 Entrance to the building
I was first blown away by the beauty of the building that looks like a Classical building from the time of Plato. It has an impressive facade with high Corinthian columns and statues. Right below the statues located to the side you can find a quotes and my favorite said "Eternal vigilance is the price of Liberty" 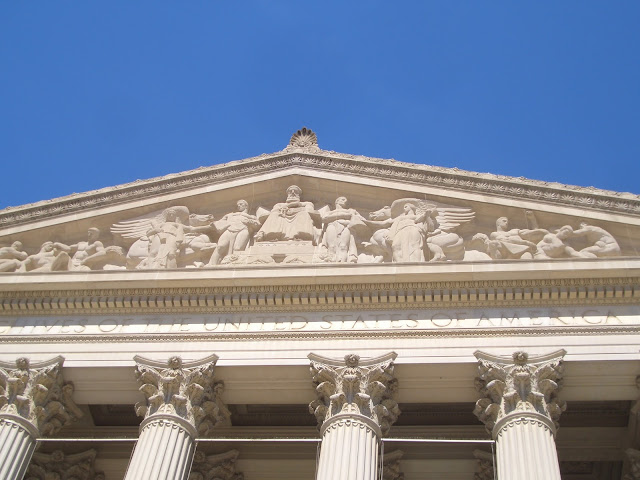 Pediment and frieze featuring the name of the building and statues
Inside you can find the documents that tell the story of the United States from beforeit became an independent country. The most important are the Declaration of Independence, The Constitution and the Bill of Rights. Along with these documents there are those about the Abolition of Slavery, the Articles of Confederation, Constitutional Convention, Marbury v. Madison, Louisiana Purchase, Civil War, 13th Amendment, woman suffrage, and the document that welcomes immigrants into this country. 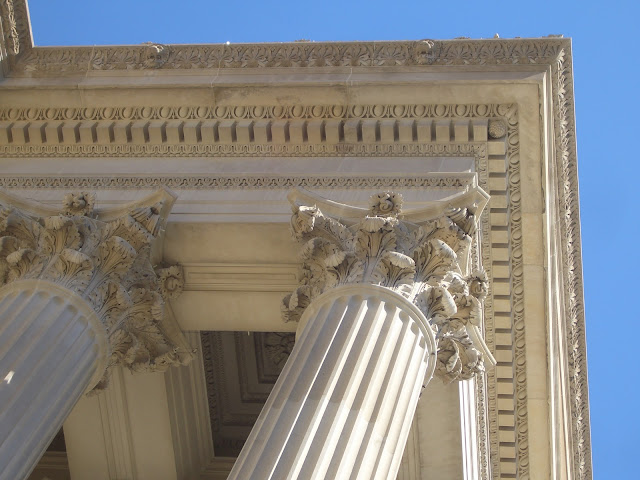 Details of the Corinthian columns and ceiling
It was a trip in history documented!