Anyone who knows me can say that I'm not much of a sun person, especially when it's as hot as it is right now. As a teenager I loved to fry under the sun and wasting an hour of it was a terrible crime until I realized what a horrible damage I was doing to my skin. So, years ago I decided to embrace my fair skin and be one of the few white people walking around Miami. 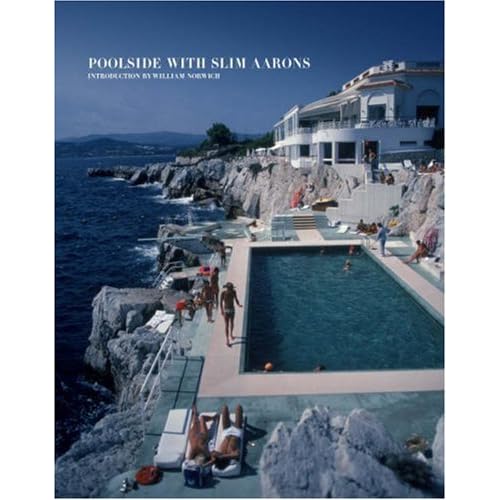 One of the best purchases of my life
Saying that, I have to admit that I still love sunny warm days and dream to be under a large hat covered in sun block somewhere on an Italian island. This book by Slim Aarons is one of my most priced books because it shows me images of that dream and reminds me of good times.

A sunbather on the coast near Jacques Couelle's home 'Monte Mano',
on the Costa Smeralda, Sardinia, August 1973 - Image Credit

Holidaymakers relax beside a swimming pool overlooking an
azure sea, circa 1970 - Image Credit

Cool Off - Image Credit
Have a great almost weekend day and go out to get yourself a glamorous hat!

Email ThisBlogThis!Share to TwitterShare to FacebookShare to Pinterest
Categories Our Environment, Travel