Little is known of the way prehistoric humans lived beyond what has been found in sites around the world. The most influential designs we have today are objects like pottery, woven baskets, rugs made from animal skin, and the like. You call prehistoric art to those pieces created by civilizations or cultures that didn't have an alphabetic system for record-keeping. When I studied prehistoric art in school, I was fascinated by the Venus Figurines because they share a similar style even though they were made during thousands of years in different locations. Some of these figurines date as far as 35,000 years, and even though there is no clear significance to them it is believed that they represented fertility, abundance and the mother goddess. 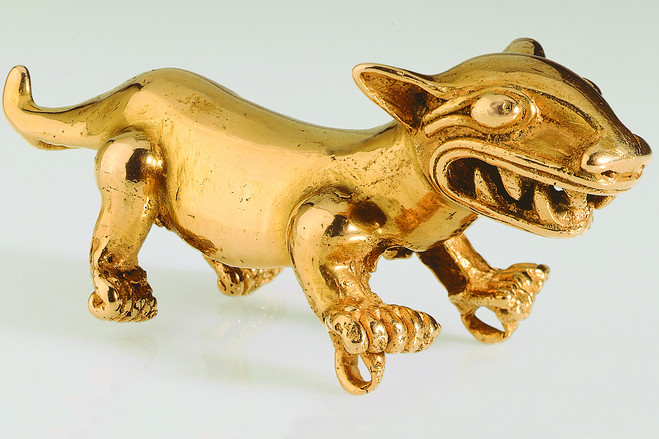 Pre-Columbian tribes in Central and South America created beautiful artifacts that they copied from their  surroundings into decorative objects or as housewares. Other cultures like the Mayas created writing systems that were lost as their civilization disappeared, but luckily left amazing works of art behind.

There are examples of prehistoric art all over the world that you can enjoy. Look for details that depict daily life activities like hunting scenes or meaningful elements like the eagle, which represented the most important god for the Aztecs. There are tons of inspiring art that people who lived thousands of year ago left us... Let's explore it!