The last postcard I received for my B-Day {can't believe it was more that a month ago!} was from Vanisha who's from Fiji but is doing her PhD in Canberra, Australia. 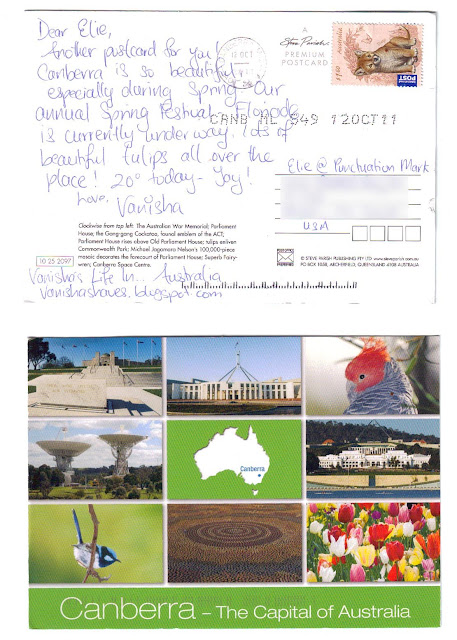 Her blog is called Vanisha's Life in... Australia and she started it to assist with her shaving event for the Leukaemia Foundation but then things changed drastically. Later, the blog became a chronicle about her life in Canberra, the PhD and Fiji.

Along with the postcard she sent me a CD with some images of Fiji which I found to be breathtaking. I've never met anyone from that part of the world and I'm so happy I've gotten to know her and the place she calls home {images from HERE}. The Republic of Fiji is comprised of more than 332 island, 110 out of those are completely inhabited and the main islands are Viti Levu and Vanua Levu where about 87% of the population leaves. The culture of Fiji is mostly influenced by indigenous, Indian, Chinese and European traditions due to it's closeness to other countries and the fact that it was a British colony until 1970. Additionally, as you have hears {and probably dreamed about} it's very well know for its tourist industry that attracts people from all over the world. PS. do you Tweet? I do... keep up with more stories @eliefournier

Email ThisBlogThis!Share to TwitterShare to FacebookShare to Pinterest
Categories Family and Friends, Travel